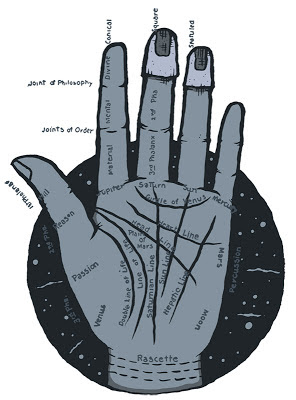 I looked at a million photographs because this is the dot theory of reality, that all knowledge is available if you connect the dots.

You wake up in the middle of the night again and there it is. Staring you right in the face like you’d ordered it off a menu. Summoned from the ether. Its intent is as clear as its origin is clouded. It gives you the heebie jeebies. It gives you the fear, the kind that snakes its way into your bloodstream like an incurable disease.

But what does it mean?

This is the question that Curtis Merriweather asked himself at 2:30 AM as he sat awake in bed, staring at a blank television screen in a shitty motel room on Santa Monica Boulevard. The Holloway it was called, like that girl who disappeared in Aruba a few years back. Street level digs gave Curtis a front-row seat for the show that never ends: the Great Hollywood Hooker Revue.

Every two out of three with prominent Adam’s apples. This was technically still Boys’ Town, so the “ladies” worked both sides of the street.

What Curtis saw was something else entirely. A vision? A dream? An epiphany?

It was Tony Iommi talking to him. Out loud. Not a disembodied voice from the Great Beyond so much as Tony Fucking Iommi, in the room, huffing down a duke and offering what seemed like advice. This is clean-shaven Iommi in the sky-blue shirt with the white fringe from the ’74 California Jam. And he’s saying… he’s saying this:

Curtis remembered her. Or her sign, anyway: Madame Quinault’s Palm Reading & Tarot. He remembered it mostly because it was the only sign on the block that wasn’t neon. And all of those psychic/tarot/palm-reading joints had neon signs. Not Madame Quinault. She was an iconoclast.

The next day, Curtis did some checking up on her. Born Maria Alyokhina in Kiev, 1940-something, parents unknown or undocumented, files missing or destroyed. Arrived in Los Angeles shortly after the War. Been working her crystal-ball routine for the rich and gullible since ’69—at this location, anyway. She opened for business whenever she felt like it, and never before the crack of noon.

Curtis waited in the rental and cranked the AC. The sidewalks were a minefield of calamity and vice. Broken glass. Spent rubbers. Cigarette butts everywhere.

When she finally turned up, she was better looking than he’d expected. Less babushka and more Adrienne Barbeau.

“Tell me about yourself,” she said.

Curtis smiled. “I’d rather not.”

“How can I help you if I don’t know anything about you?”

“Tony Iommi sent me. Sort of. I’m looking for his fingertips.”

“The Englishman? Tony the Terrible?”

“We dated for a few months in ’72. Brown Sabbath was in town making a record.”

“He didn’t leave any, uh, prosthesis with you or anything like that?”

“Can’t help you there. But I think I know someone who can.”

This bullshit originally appeared in the November 2012 issue of Decibel magazine.
Posted by bennett at 1:27 PM No comments: