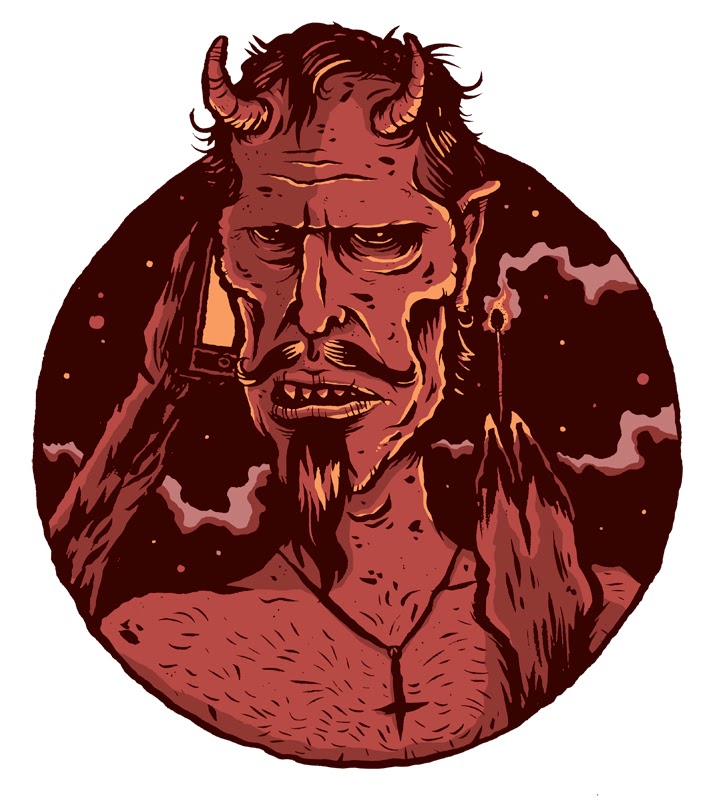 I’ve made a huge fucking mistake. Randy and Bobby hatched this big plan to burn down St. Mary’s in the name of GOATPUNCHER and Satan and all that is unholy but it went horribly, horribly wrong.

It all started by the lockers between Social Studies and Phys Ed. Randy said it was high time we took GOATPUNCHER to the next level and showed those creeps in Corpse Hammer who’s boss around here. GOATPUNCHER is fucking boss, he says. Which we all pretty much knew deep down in our heart of hearts. Even though Bobby was questionable.  When he and Randy had that fight about the infamous missing Darkthrone longsleeve, Bobby split for like two whole weeks and started hanging out with the Corpse Hammer dudes and the rumor was that he even tried out for the band at one point. Which was never confirmed, by the way. Definitely not by Bobby, who acts like the whole thing never happened. So like I said, questionable. But Randy was pretty clever with this whole scheme of his because not only was it an opportunity to make the name GOATPUNCHER legend and show those Corpse Hammer homos who’s boss—US, obviously—but it would also kinda make Bobby prove his dedication to the cause or whatever.

The plan was basically this: Suit up in full corpsepaint and spikes and burn down St. Mary’s Church on Halloween night. But we had to make sure we didn’t kill anyone, so it had to go down late night, when all the nuns were back in the convent finger-banging each other to high heaven. We’d done enough to the nuns at this point, anyway—they pretty much all hated us. And that was just for being mouthy little shits in class. They didn’t even know that we were the ones who stole their industrial-strength bras off the convent clothesline so we could hang them from our mic stands for that epic gig at the VFW last year.

We mapped the whole thing out meticulously. Randy even built a model of the church and the entire grounds—the refectory, the parking lot, everything. We had the timing down and everything. The beauty of it was that we could do the job without ever going inside the church if need be. And on the off-chance that the doors were actually unlocked, we could build a pile of Christian newsletters and Stryper albums on the altar and just torch the fucking place from the inside out.

So October 28th rolls around and things are looking up. It’s a full moon, so I figure we need a symbolic gesture to set the tone for the big night. An effigy for good luck or whatever.  Mom’s out of town so I haul Randy’s church model into the kitchen, belt out a quick prayer to the almighty Lucifer, and set the fucking thing on fire. Of course that’s right when Mom calls to check in on me. Invoke Satan and Mom calls—story of my life, right? Anyway, I can’t get a decent signal in the house so I go outside to talk and she starts asking me about did I clean my room, did I do the dishes, did I mow the fucking lawn like she asked?  This goes on for like 15 minutes. And I totally forget about the fire, dude. By the time I get off the phone, half the kitchen is in flames. I dragged the hose inside and managed to douse it before the whole house went up, but the kitchen is seriously charred to shit now. I’m talking like a scorched-earth scenario. Plus, it’s kinda waterlogged. The floor and counters are pretty much ruined and the whole place smells like shit. Mom is going to be fucking PISSED. She’s probably gonna send me to Des Moines to live with Dad, and Des Moines is fucking LAME, dude.

My first instinct was to offer up another prayer to Satan, but then I got to thinking that’s kinda what got me into this mess to begin with. So I don’t know, dude. I hate to say it, but maybe the nuns are onto something with this whole Jesus thing. Is that even possible? Fuck. I’ve gotta re-think my entire existence now. Thanks a lot, Satan. You prick.

This bullshit originally appeared in the December 2013 issue of Decibel magazine.
Posted by bennett at 12:17 PM No comments: